What is an escape route?

Every. Single. Room. in a tower block or any building, could be classed as part of the Fire Escape route and this where installers are becoming confused. The ambiguity of the wording allows a number of responses and NICEIC and NAPIT should be giving a definitive response and enforcing it.
The answer to this question is ALL LOW VOLTAGE CABLES in ALL AREAS should be supported with metal fixings.

What is a metal fixing and how do we prove it will support the cables?

A metal fixing is a fixing that is designed to retain the weight of the cables it holds in the event of a fire, rather than have them drop to the floor causing entanglement issues. It should be tested to the same rigorous levels of the cables it supports and fixed in such a way as to be in position after the cables have failed.
This also includes the fixings for all cables that are supported within Plastic conduit / plastic trunking.

Should metal fixings be supported with the use of plastic plugs?

NEVER. Several reports, the most notable of which was by the BRE has shown that at temperatures of 300 degrees (a temperature at which a firefighter could and would still be moving within the building), plastic wall plugs will start to fail, thus potentially dropping cables upon them

But NAPIT have said that they can be used?

During their recent “NAPIT Expo On The Road” series, NAPIT have said that: “Plastic Rawlplugs are not excluded from use as it is generally accepted that the thermal mass of walls and ceilings will provide some protection against premature collapse”

THIS. INFORMATION. IS. WRONG.

Despite what NAPIT have said in their literature, the above statement is wrong and such information could be fatal if followed. We have documented evidence to show that at standard fire-temperatures, Plastic Wall Plugs will melt, and thus not provide any protection to the Firefighters working around them.

The ONLY method of retaining cables is with a metal cable support AND with a METAL fixing. This applies to ALL usages whether overhead or on a wall. Plastic wall plugs or plastic fixings and electrical cabling should never be used together.

Why metal fixings in all areas, all of the time?

Whilst we have explained that there are as many fire-escape routes as there are buildings, we also do not believe the methods of cable retention within the UK for ALL low-voltage cabling is suitable to protect both the occupiers or the fire service in the event of a fire in its current form.

For example, we are told that metal fixings are not required on plastic trunking unless it is within a fire escape route, yet we have evidence that in many fires, the lid of the trunking can be forced off at great distances, where the heat and hot air travel within it. This can lead to the cables falling over doorways and windows and in the dark, smoke filled corridors causes a danger of garroting any person caught by the falling cables or trapping the public or firefighters within the building.

This is just one, very common, example. We think the easiest way to solve this issue is for metal fixings to retain ALL low voltage cabling so that in the event of a fire, it is not even a consideration as a danger.

Are metal fixings required for all cables above a suspended ceiling?

Yes all low voltage cables, including data and telephone cables, must be fixed with metal fixings.

Do we need metal fixings on metal cable tray?

Generally, no as long as the fixing of the tray to the ceiling / wall etc are via concrete screws / metal fixing with no low temperature plastic plugs that can fail.
Secondly the cables upon the tray should be fixed with metal fixings / metal cable-ties or similar as is current. 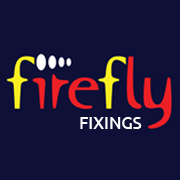